In the recently released ABARES Statistics Report 2020, Aquaculture is now confirmed as the largest sector of the Australian primary seafood industry, revealing that the sector grew 10 percent in 2019-20.

Of course, while the industry has been disrupted due to the COVID-19 pandemic, the total Australian fishery and aquaculture GVP in 2019–20 decreased slightly by 2 percent to $3.15 billion, higher aquaculture GVP offset lower GVP in the wild-catch sector.

It is reported that the wild-catch sector experienced a 12 percent contraction in the GVP, caused mainly by market disruption during COVID-19. Notably, the wild-catch sector saw decreased exports of rock lobster and abalone, with fishery product exports down 8 percent to $1.41 billion in 2019–20.

“Clearly, on the domestic scene, buyer behavior has also changed, seeing Australians consuming around 335,000 tonnes of seafood in 201920. This is a decrease from approximately 341,000 tonnes in 2017–18, including imported seafood products.”

The report highlights that the total value of imported fishery and aquaculture products decreased by 4 percent to $2.2 billion last year. The decrease was apparently driven by reduced imports of prawns/shrimp, squids, and octopus.

Sealord, one of the large quotaowning fishing and aquaculture companies, says it exports more than 90 percent of its harvest. Sanford’s, another large harvester, 2019 annual report says about 56.1 percent of its sales are export sales.

In the 1990s, Japan, Australia, and the United States were the biggest buyers of NZ seafood, but by 2011 China emerged as the top buyer. In 2019 China purchased almost $690m worth of seafood, while the secondbiggest buyer was the US, spending $245m.

New research has developed a blood test to predict the stress of aquatic species and help the industry manage their stock for optimal productivity and sustainability while ensuring animal health and welfare.

The recent work from the University of Western Australia in collaboration with the Department of Primary Industries and Regional Development focuses on measuring proteins in the blood of aquatic species to detect metabolic stress they may be facing.

“Research Associate Dr. Catherine Wingate from UWA’sUWA’s School of Molecular Sciences is quoted as saying, “My research focuses on measuring proteins in the blood of aquatic species to detect metabolic stress they may be facing.”

By detecting metabolic stress, we can develop an early warning system to assist the industry in managing their stock for optimal productivity and sustainability while ensuring animal health and welfare. This stress could be caused by disease, inadequate nutrition, or environmental factors such as temperature stress and pollution.”

Dr. Wingate is also interested in exploring the potential of adapting the technology to monitor metabolic stress caused by environmental change in coral reef ecosystems.

A new US$2.5 million research program by BHP and CSIRO in Australia will seek to measure and quantify the net emissions reduction potential of Australia’sAustralia’s mangroves, seagrasses, and tidal marshes.

The program will also quantify the value of other benefits these ecosystems provide for coastal protection, fisheries, and biodiversity.

“Their importance is also acknowledged by the Government of South Australia, which recently announced a new investment of nearly US$1.5 million to drive environmental and economic benefits out of restoring coastal wetlands across the state.”

“Blue carbon is brimming with potential, and South Australia is poised to grab hold of the opportunities it presents, which is why the Government has developed a Blue Carbon Strategy. We are thrilled to be partner organizations to deliver world-leading projects,” Minister Speirs said.

“Developing blue carbon projects presents us with multiple benefits, from significant sequestration opportunities to strengthened resilience of our precious coastline to habitat restoration for nationally threatened species as well as new economic opportunities.”

It has been long recognized that the value of these ecosystems as habitat and carbon sinks, but now these projects will be bringing more attention to the concepts.

Getting companies that compete in a product to invest and collaborate is always difficult but in New Zealand’sZealand’s Salmon industry, a five-year research project into fish feeding efficiency seemingly is just the beginning of engaging with business and science to grow a billiondollar industry. The “common good” is at the forefront of all engaged.

The majority of the research was conducted at the Cawthron Institute’sInstitute’s finfish research center, and the center’s co-leader, Dr. Jane Symonds, highlighted that improving this efficiency was “probably one of the key priorities for the industry”.

Breeding for efficiency is one of the significant areas of research, along with finding the correct quantity of feed during different periods of growth.

She said there was a “really bright future” for aquaculture and the finfish farming industry in New Zealand, where currently salmon is the only farmed fish. Adding, “The goal is to be a $3 billion industry by 2035, and I think salmon plays a big part in that. The industry is growing, wanting to move to open ocean sites, but we need to look into how to make the same more resilient … it will be different research, but complimentary.”

NZ King Salmon general manager Mark Preece highlighted ’’getting more from less” was the ultimate aim, and the research had “heaps” of practical applications for the industry, from the scale of the salmon’s microbiome through to the type and amount of food used. 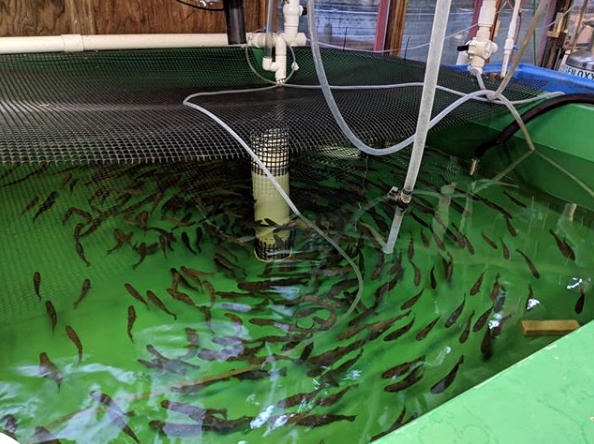 BIOAQUAREEF We learn about new ways of growing our food. There’s aquaculture; growing fish and crops in coastal waters and the open […] 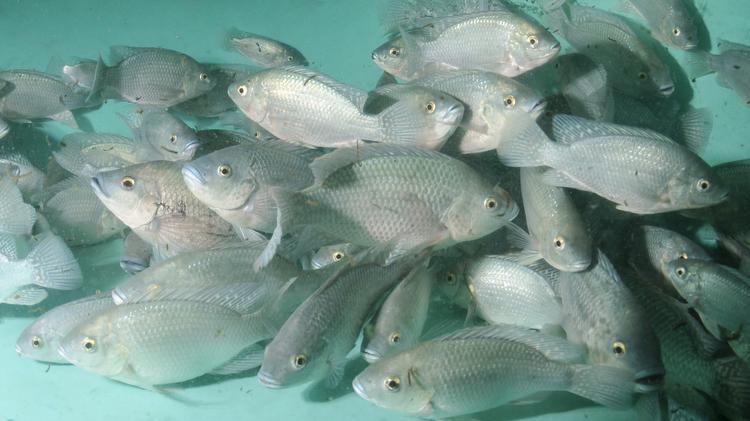 BIOAQUAREEF A team of natural and social scientists, supported by 25 post-secondary students from the U.S. and Canada, will study vital signs […] 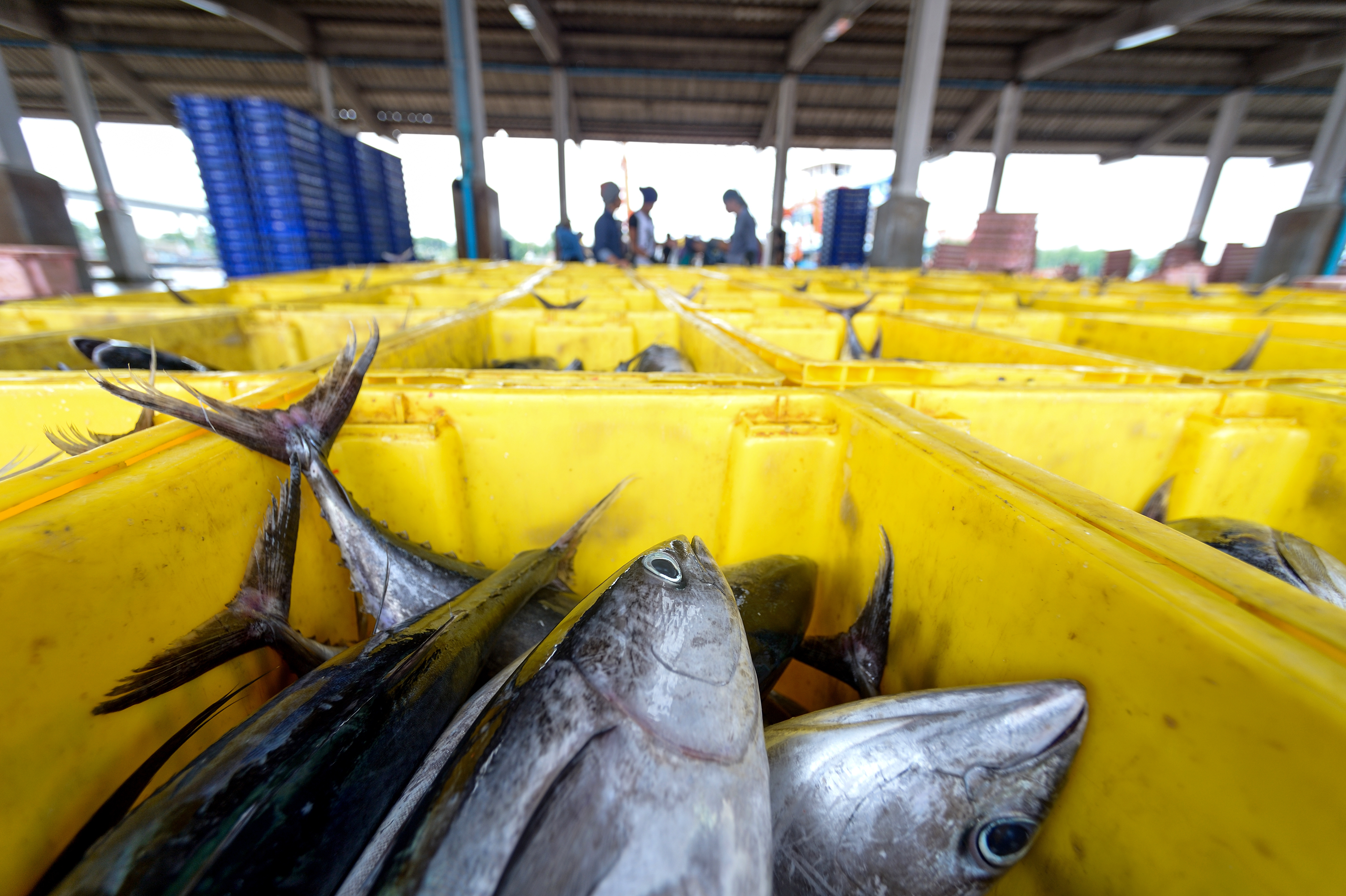 BIOAQUAREEF Can healthy fish be produced using clean energy in aquaculture and without ‘pollution horrors’? Novaton of Switzerland believes so. Written by: […]