Portuguese scientists recently published the article ‘Potential for Coastal and Offshore Aquaculture in Portugal: Insights from Physico-Chemical and Oceanographic Conditions’, based on information obtained by the ‘Aquimar – Marine Knowledge in Support of Aquaculture’ project. The study has revealed that there is a wide variety of species that can be considered for aquaculture production and gives clues as to why Portuguese production has not increased significantly in recent years.

The Maritime Spatial Plan and the figure called ‘aquaculture production area’ are responsible for regulating the selection of suitable sites for aquaculture production in Portugal. This choice depends on a complex process that requires the analysis of a large amount of oceanographic, physico-chemical and biological data prior to the commercial establishment of an aquaculture farm.

According to the experts of the Aquimar project, these aquaculture ‘production areas’ have been highly questioned from a technical point of view, and could be the reason why production in the country has not increased significantly in recent years.

The species with the most possibilities in each zone

Of the five zones studied, suitability is determined by water temperature, as this is the main parameter influencing survival and growth. The rest of the physical-chemical indicators such as dissolved oxygen, salinity or pH are within the tolerance range of the species.

These zones are: 1) between Viana do Castelo and Porto; 2) between Aveiro and Figueira da Foz; 3) Peniche; 4) between Setúbal and Sines; 5) Algarve region.

The northernmost area analyzed presented the lowest temperatures, as well as the highest levels of chlorophyll and nitrate. Under these conditions, salmon (Salmo salar), blue mussel (Mytilus edulis), scallop (Pecten maximus), macroalgae (Porphyra umbilicalis) and Undaria pinnatifida can be considered for farming.

As for the southernmost area, due to the higher temperature, it seems appropriate for the production of marlin (Argyrosomus regiusI), sea bream (Sparus aurata), sea bass (Dicentrarchus labrax) and yellowtail (Seriola dumerili).

In the case of bivalves, suitability is determined by chlorophyll concentration, since, for example, blue mussels and scallops can grow in a wide variety of areas. The area between Viana do Castelo and Porto is the one with the best conditions, which benefits growth performance and would reduce the rearing period. Meanwhile, the best option for oysters, given the specific water temperature conditions, is the area between Setúbal and Sines.

This study highlights the challenges of deploying aquaculture structures on the Atlantic coast due to its oceanographic conditions. “Site selection for aquaculture is a complex process and pilot studies are essential to analyze the feasibility of offshore aquaculture development off the coast of Portugal,” say the scientists at the helm of Aquimar.

During the execution of the project, physicochemical and biological parameters were analyzed along the Portuguese coast to assess the production potential of aquatic species of economic interest. Water samples were collected in 2018 and 2019 in five different areas along the Portuguese coast. Current data were collected between 2018 and 2020 and historical wave height data from 1988 to 2019.

Another issue to be taken into account is related to oceanographic conditions, either by currents or wave height. In those cases, the southernmost areas have the best conditions.

Although open sea aquaculture proves to be possible in Portugal, the lack of information on which technology is the most suitable makes researchers recommend specific studies on the most suitable structure and location according to the current availability in the market. 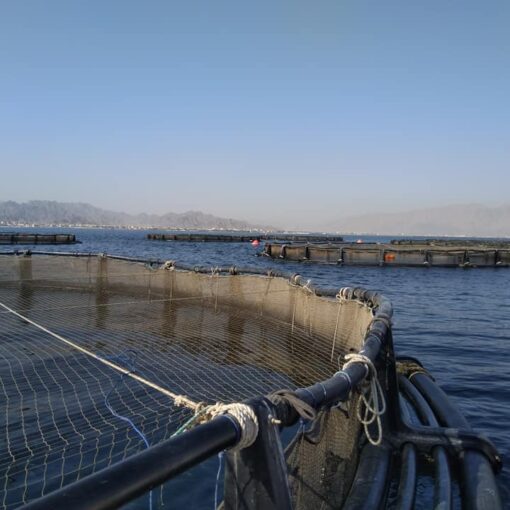 BIOAQUAREEFVAN BEEST The Sheikh Khalifa Marine Research Centre has delivered 600,000 fish fingerlings to a number of aquaculture companies in the United […]

BIOAQUAREEFVAN BEEST Urging the scientific community to reach out to the society, a top official has stressed the need to focus on […]